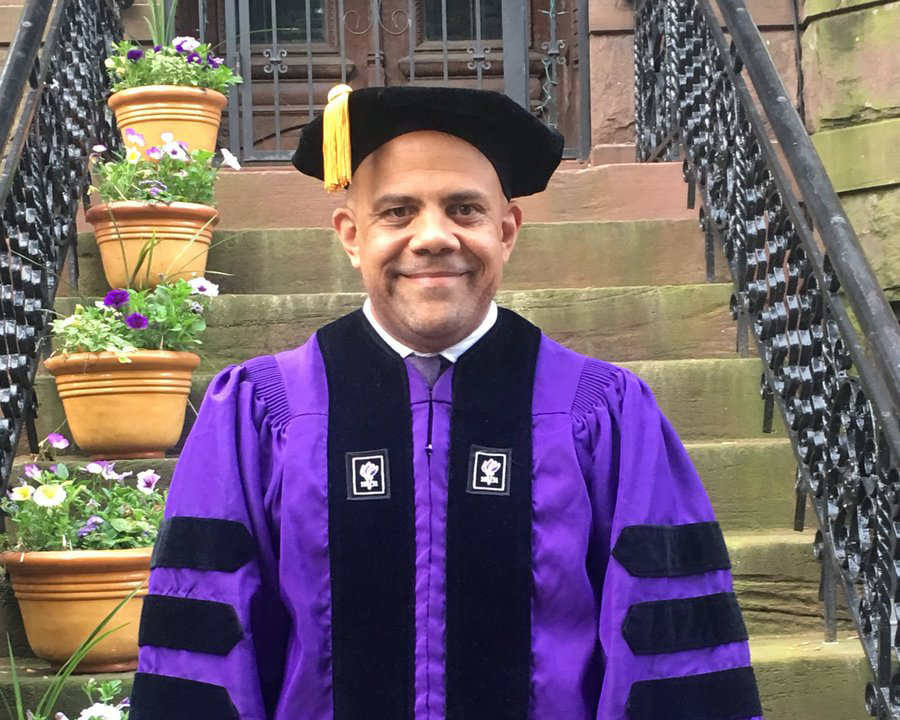 The National Council of Young Israel (NCYI) today sharply criticized Stephen William Thrasher for his anti-Semitic and anti-Israel histrionics in his address at the doctoral convocation ceremony for New York University’s (NYU) Graduate School of Arts and Sciences on May 20.

“I am so proud, so proud, of NYU’s chapters of Students for Justice in Palestine and Jewish Voices for Peace for supporting the Boycott, Divestment, and Sanctions movement against the apartheid state government in Israel,” Thrasher said in his address.

The international working definition of anti-Semitism, which was adopted by the International Holocaust Remembrance Alliance in 2016 and is utilized by the U.S. State Department, includes various anti-Israel activities, such as those employed by BDS activists in their quest to delegitimize the State of Israel.

Thrasher, an NYU doctoral graduate, is a Contributing Editor at BuzzFeed. In addition, Thrasher was named the inaugural holder of the Daniel H. Renberg Chair at Northwestern University’s Medill School of Journalism, Media, Integrated Marketing Communications in August 2018.

“Stephen Thrasher’s shameless plug of the anti-Semitic BDS movement from the lectern at NYU’s doctoral convocation ceremony is yet another black eye for the university, and is a stark reminder of the anti-Israel sentiment that is festering on its campus,” said NCYI President Farley Weiss. “By referring to the democratically elected government of Israel as an ‘apartheid state government’ and openly promoting an anti-Semitic effort, Stephen Thrasher regrettably transformed an NYU-sanctioned event into an appalling and highly offensive display of blatant bigotry.”

The NCYI also noted that there has been an array of anti-Semitic incidents at NYU which have left Jewish students feeling unsettled. The anti-Semitic episodes led to an NYU senior recently filing a formal complaint with the U.S. Department of Education’s Office for Civil Rights, in which it was alleged that NYU failed to take substantive steps to address the anti-Semitic antics of the university’s chapter of the pro-Palestinian Students for Justice in Palestine.

In addition, the great-granddaughter of Martin Bernstein, the founder of NYU’s music department and a longtime professor at the university, recently withdrew her acceptance to NYU, citing the proliferation of anti-Semitism on campus as the basis of her decision.

“As a Jew, if I were to attend NYU, I would be affiliating myself with an institution that accommodates faculty members and student organizations that are dedicated to anti-Semitic ideologies,” said Ellen Schanzer. “I will certainly not attend an institution where my core beliefs and very existence is being threatened.”

“In light of the propagation of anti-Semitism on campus and the culture of fear and intimidation that it has engendered for Jewish students, NYU needs to put a stop to the rampant racism which is directed at Jews,” Weiss said. “NYU has a responsibility to its students to ensure that they are able to learn in a safe and secure environment, without fear of reprisal due to their religious beliefs or feelings regarding the state of Israel. Turning a blind eye to the dangerous anti-Semitic outbreak on its campus is reckless and reprehensible.”