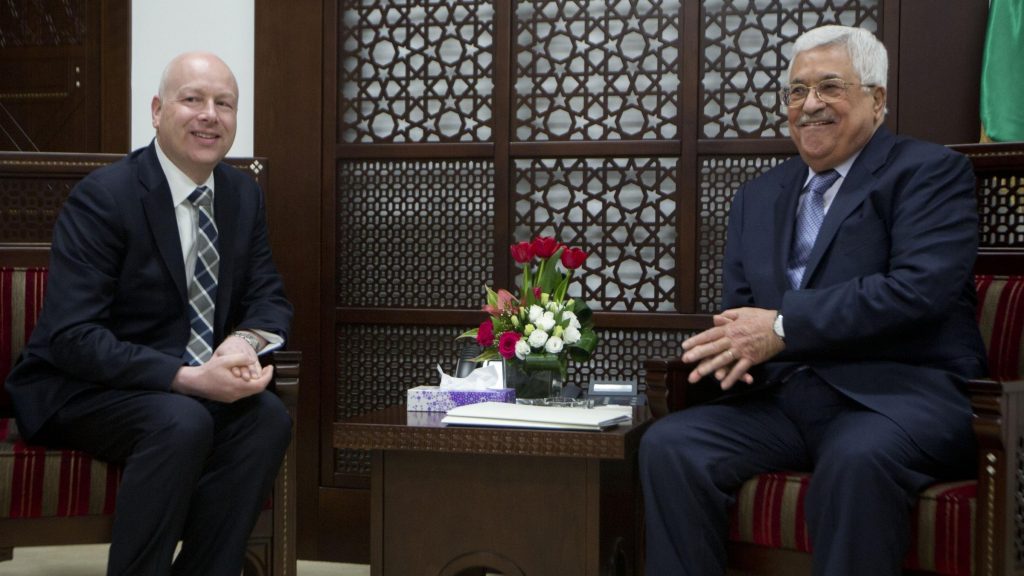 The National Council of Young Israel (NCYI) today denounced an anti-Semitic statement made by a regular columnist for Al-Hayat Al-Jadida, the Palestinian Authority’s (PA) official daily newspaper, which referred to Jason Greenblatt, President Trump’s Special Representative for International Negotiations and Middle East Envoy, as a “mongoloid” and implied that his physical appearance and personal conduct is similar to that of someone who has Down Syndrome.

The March 3, 2019, column by Omar Hilmi Al-Ghoul, stated that, “Anyone who follows the prattle of Jason Greenblatt, President Trump’s envoy in the matter of the deal of the century, sees that his condition is very similar to Down Syndrome… Anyone who looks at the American envoy [Greenblatt] discovers that he has external and inner characteristics similar to those suffering from Down Syndrome: He is short, his eyes are similar to Mongoloid eyes, he prattles unrestrainedly, and is politically retarded.”

“This deplorable onslaught against Jason Greenblatt, President Trump’s Special Representative for International Negotiations, and other members of the president’s administration is anti-Semitic, defamatory and a despicable denigration of United States diplomats,” said NCYI President Farley Weiss. “It is a reprehensible verbal assault directed at U.S. officials by the Palestinian Authority’s official mouthpiece, and this juvenile and tactless act, in which Jewish members of the administration were singled out for attack, warrants a public apology by PA Chairman Mahmoud Abbas.”