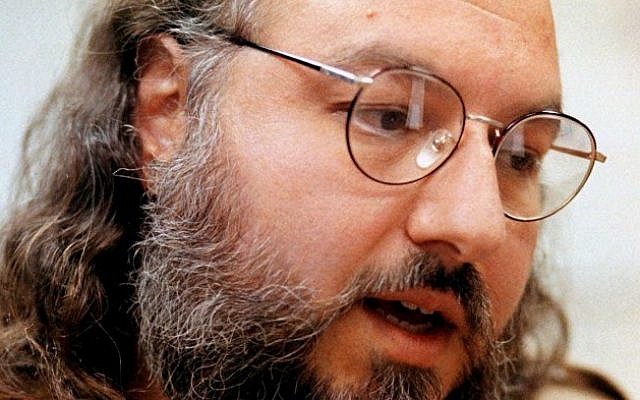 Young Israel Statement on the Termination of Jonathan Pollard’s Parole

The National Council of Young Israel (NCYI), who has been deeply involved in the effort to free Jonathan Pollard for many years, today thanked the U.S. Department of Justice and the U.S. Parole Commission after Pollard was issued a certificate ending his parole and removing the conditions of his parole. Pollard was released from jail in November 2015 after serving 30 years for giving classified information to an ally, a crime in which the average sentence was less than 10 years.

“We are extraordinarily grateful that Jonathan Pollard is finally a free man in every sense of the word,” said NCYI President Farley Weiss. “This is a tremendous day for Jonathan and his wife Esther, who will finally have the opportunity to travel to Israel together, which they have yearned to do for so long.”

“We thank the Justice Department for its decision to end Jonathan Pollard’s onerous parole conditions, which will enable him to better care for his wife, who is battling a serious illness, and who cared for and advocated for Jonathan over the course of several decades,” Weiss added. “By terminating his parole, the Justice Department has given Jonathan Pollard the freedom that he so justly deserves after a long and arduous ordeal.”

Since his release, Pollard was subject to unjust parole conditions, which included a curfew, GPS bracelet, and travel restrictions. The NCYI, which was the only Jewish organization that Pollard specifically thanked publicly upon hearing of his release from prison, and who has called on President Trump and Attorney General Barr to end the onerous parole requirements, noted that the ongoing restrictions were largely in part to an affidavit filed by former Director of Intelligence James Clapper, which falsely claimed that Pollard remains a security threat.

Clapper’s claims have been resoundingly refuted by bipartisan opposition, including former National Security Advisor Bud McFarlane and the former Democratic head of Senate Intelligence Dennis DeConcini, each of whom submitted affidavits on Pollard’s behalf which unequivocally stated that he was by no means a security threat. It should be noted that McFarlane, who was National Security Advisor when Pollard was arrested and therefore uniquely qualified to understand the ramifications of Pollard’s actions, called Pollard’s life sentence a “great injustice.” DeConcini, who was on the Intelligence Committee when Pollard was arrested and later became head of Senate Intelligence, publicly called for Pollard’s release in 1998. The NCYI also noted that Republican David Durenberger and Democrat Lee Hamilton, who served as the heads of Senate and House Intelligence when Pollard was arrested, also called for his release and criticized his life sentence.