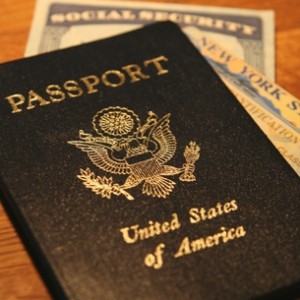 The National Council of Young Israel (NCYI) today expressed strong support for the U.S. State Department’s decision to permit Americans born in Jerusalem to note “Israel” as their birthplace on their passports.

“We applaud the State Department for its noteworthy decision, which directly aligns with President Trump’s historic recognition of Jerusalem as the capital of Israel, and the Jerusalem Embassy Act of 1995, which made it U.S. law to recognize Jerusalem as the capital of Israel,” said NCYI President Farley Weiss. “There should never be a double standard when it comes to Israel, yet the State Department’s past refusal to allow Americans born in Jerusalem to self-identify as having been born in Israel unfairly singled out Israel by not permitting it to determine its capital city and have it recognized internationally as its capital, something that every other sovereign nation seems to have the right to do. The Trump administration’s efforts to remedy this unjust practice are laudable, and we are grateful that this landmark determination enables U.S. nationals born in Jerusalem to lawfully and proudly proclaim that their rightful birthplace is the State of Israel.”

The NCYI has publicly called for the change in policy for many years and has been a vocal advocate of reversing the State Department’s policy of omitting Israel from the passports of Americans born in Jerusalem.

In 2015, the U.S. Supreme Court ruled on the matter of Zivotofsky v. Kerry, a case involving Menachem Zivotofsky, an American citizen born in Jerusalem in 2002. His parents, who prior to moving to Israel were members of the Young Israel Shomrai Emunah of Greater Washington, requested that the place of birth on his U.S. passport be listed as “Israel.” The State Department refused, and instead listed “Jerusalem.” In its decision, the court ruled that it is the president that has the authority to mandate what it is written on U.S. passports as a result of the executive power to recognize foreign nations.

The NCYI played an active role in the case from the outset and regularly denounced the discriminatory practice that adversely affected Menachem Zivotofsky and countless other people like him.

In addition, the NCYI helped establish the Association of Proud American Citizens Born in Jerusalem and joined with several other Jewish organizations to file a Brief Amici Curiae with the Supreme Court. Furthermore, the NCYI was also instrumental in creating a website which provided people with an opportunity to get information about the case, express support, and contact their Senators and Congressional representatives about the case.