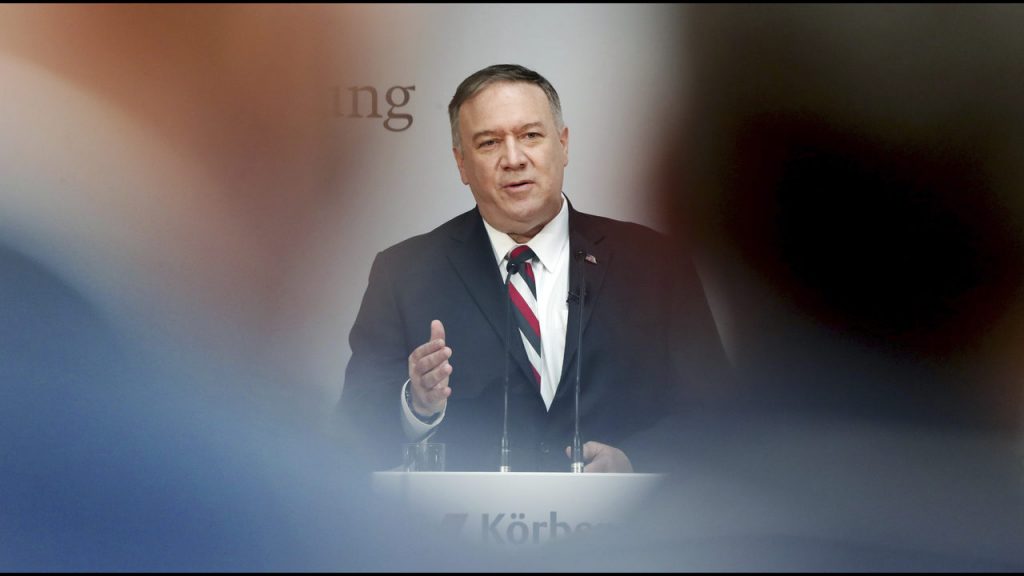 The National Council of Young Israel (NCYI) today issued the following statement regarding the U.S. State Department’s landmark announcement that it does not deem Israeli settlements in Judea and Samaria (otherwise known as the “West Bank”) to be in violation of international law.

In an announcement this afternoon, Secretary of State Mike Pompeo renounced a 1978 decision by the Carter administration which maintained that civilian settlements in the West Bank are “inconsistent with international law,” as well the December 2016 passage of UN Security Council Resolution 2334, which stated that the establishment of settlements in the West Bank constituted “a flagrant violation under international law.”

“The establishment of Israeli civilian settlements in the West Bank is not per se inconsistent with international law,” Secretary of State Pompeo declared earlier today.

“The National Council of Young Israel welcomes the Secretary of State’s announcement concerning the status of the Jewish communities in Judea and Samaria and thanks the Trump administration for undertaking the comprehensive legal analysis that led to this long-awaited change in U.S. policy,” said NCYI President Farley Weiss. “With its special status as a vital part of Israel’s ancestral homeland and its longstanding ties to the Jewish people, Judea and Samaria is as much a part of Israel as any other Israeli municipality and Jews have an absolute right to build there, live there, and raise a family there.”

The NCYI noted that Judea and Samaria, which is home to many Jewish holy sites, including the burial places of the forefathers and foremothers of the Jewish people, was returned to Israeli sovereignty in a defensive war after Jordan attacked Israel in 1967 in an effort to destroy the Jewish State.

“Today’s announcement that Israeli ‘settlements’ in Judea and Samaria are not fundamentally at odds with international law is a validation of our enduring belief that Israeli citizens have an absolute right to make their homes there and is a direct rebuttal to the false assertions that they are an impediment to peace,” Weiss added. “Rather than continuing to use the ‘settlements’ as a scapegoat, it is our hope that the international community will instead consider the rocket attacks against Israel, the terrorist attacks against Israeli citizens, the Palestinian Authority’s ‘pay to slay’ program, and the Palestinians’ ongoing opposition to the existence of a Jewish state in any borders as the true barriers to a lasting peace agreement.”

“We thank President Trump, Secretary of State Pompeo and Young Israel member and friend Ambassador David Friedman for their ongoing support of the State of Israel and their steadfast defense of Israel on the world stage,” Weiss concluded.