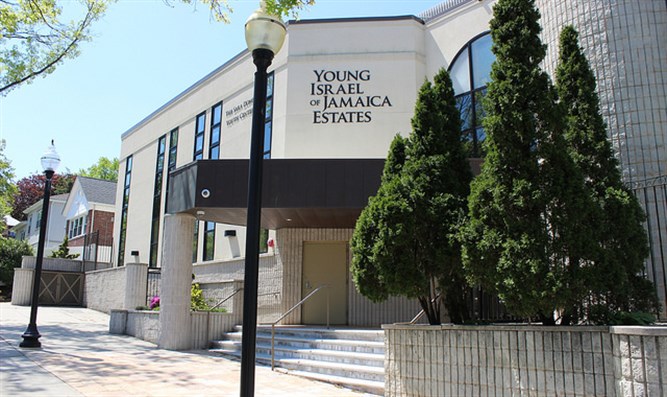 The National Council of Young Israel today issued the following statement regarding the possible extension of Israel’s sovereignty over communities in Judea and Samaria:

One of the proposals set forth by President Trump in his ‘Peace to Prosperity’ plan is the notion that Israel would extend sovereignty to parts of Judea and Samaria. The land discussed in the Trump plan is home to all of the Jews in Judea and Samaria and includes the Jordan Valley, land that is essential for Israel’s security. Judea and Samaria, which is where the forefathers and foremothers of the Jewish people lived and are buried, is home to many other Jewish holy sites as well. In addition, this is land that was returned to Israeli sovereignty in a defensive war in 1967 after Jordan attacked Israel in an effort to destroy the Jewish state.

We are deeply appreciative to President Trump for the extraordinary and historic steps that he has taken relative to Israel during his time in the White House. Whether it was recognizing Jerusalem as Israel’s capital, relocating the U.S. Embassy to Jerusalem, asserting Israel’s sovereignty over the Golan Heights, declaring that the U.S. State Department does not deem Israeli ‘settlements’ in Judea and Samaria to be in violation of international law, or halting aid to the Palestinian Authority due to its outrageous ‘pay to slay’ program, the Trump administration has repeatedly demonstrated that it stands with its ally, Israel. An acknowledgement by the administration of Israel’s sovereignty over the Jewish communities in Judea and Samaria would be yet another monumental and bold act relative to Israel’s security and welfare, and one which we would encourage and embrace.

Many of those who oppose Israel’s extension of sovereignty to Judea and Samaria claim they support Israel’s critical security needs. However, the land Israel is expected to extend sovereignty over is home to hundreds of thousands of Jewish inhabitants and is vital to the country’s well-being. The fact is that both major Israeli political parties supported Israel’s retention of this land in any final peace arrangement as being crucial for its security. The previous path taken by U.S. presidential administrations of both parties of only providing more territory to the Palestinian Arabs without Israel being allowed to extend sovereignty over land it won in a defensive war was a failed method that did not bring peace; rather, it led to increased violence. Those who maintain that extensions of Israeli sovereignty should only be decided through negotiations are in essence giving the Palestinian Authority a veto over such a decision. We are talking about a Palestinian Authority that is in blatant violation of their legal commitments made during the Oslo process, with their repeated claims against Israel in the International Criminal Court and their despicable ‘pay to slay’ murder incentive program, which provides financial incentives to those who murder Jews and Americans, thereby providing hundreds of millions of dollars each year to terrorists, with more money going to those who murder the most children. ‘Pay to slay’ is the most virulent anti-Semitic law since Nazi Germany.

We appreciate the Trump administration’s efforts to move forward using a different path that prioritizes Israel’s security. Even though we oppose the creation of a Palestinian Arab state and do not agree with all aspects of the ‘Peace to Prosperity’ plan, we do agree with its support for Israel extending sovereignty over the areas mentioned in the Trump plan.

For the hundreds of thousands of Israeli citizens who call Judea and Samaria their home, taking tangible measures to ensure that these lands remain part of Israel is essential. With a rich history and storied past, Judea and Samaria has a distinct status as a vital part of Israel’s ancestral homeland. With its longstanding ties to the Jewish people, Jews have an absolute right to live and build homes in Judea and Samaria, and we therefore support Israel extending sovereignty over these communities and the U.S. recognition of such sovereignty.