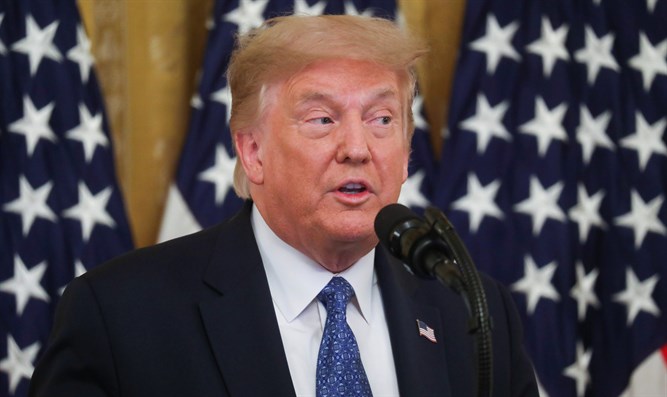 The National Council of Young Israel today issued the following statement after MSNBC commentator Donny Deutsch compared President Trump to Adolf Hitler on a segment this morning on MSNBC’s “Morning Joe” program and sharply criticized Jewish people who continue to support the president.

“And on a personal level, and I for a second want to talk to my Jewish friends who are voting for Donald Trump,” Deutsch said. “How dare you? How dare you, with what our people have gone through in history, and you see a man who is a dictator. And once you give a man absolute power, he is possible of anything. And if you are a Jew in this country and you are supporting Donald Trump, you are not looking back at our history. And you are blind, and you are walking like a lemming off a cliff. It is time to wake up. I’m sorry. This is where we are. There is no difference from what Donald Trump is preaching, from what Adolf Hitler preached in the early ‘30s. Let’s just say it once and for all.”

The National Council of Young Israel is comprised of members who support each of the major party candidates for president, each of whom has made statements in support of Israel, taken action in furtherance of the U.S.-Israel relationship, and expressed strong opposition to the dangerous rise in anti-Semitism.

Since Donny Deutsch’s comments were directed against Jews who support President Trump, we should note that President Trump has taken a number of critical steps relative to Israel, including moving the Embassy to Jerusalem, recognizing Jerusalem as Israel’s capital, and acknowledging Israel’s sovereignty over the Golan Heights. In addition, on the domestic front, President Trump signed an Executive Order on Combatting Anti-Semitism last year. To in any way liken President Trump to Adolf Hitler, who is arguably the most heinous anti-Semite in world history, is unequivocally repugnant, and trivializing the Holocaust to make a cheap political point on television is a tremendous insult to the victims and their progeny. While Mr. Deutsch claims there is no difference between the rhetoric of Hitler and President Trump as it relates to anti-Semitism, President Trump’s words and deeds relative to his strong condemnation of anti-Semitism clearly illustrate how seriously he regards the threats posed by the bigotry directed at the Jewish community, which is wholly antithetical to the persecution and prejudice promoted by Hitler as he masterminded the heartless murder of six-million Jews.

Donny Deutsch’s remarks intimating that our president is a dictator are disingenuous and defamatory and demonstrate a total lack of understanding as to what a dictatorship actually is. Comparing the President of the United States to a dictator is an outrageous charge that flies in the face of the democratic system of government that our nation is privileged to enjoy.

The United States has treated its Jewish population better than any other country in history. Support of freedom for the Jewish community and the protection of their civil rights in the United States were noted by President George Washington and has continued to this day. Jewish Americans have the inherent and absolute right to support either candidate for president without being condemned for exercising the liberties granted to them by the U.S. Constitution. The fact that Donny Deutsch is Jewish in no way absolves him for making such abhorrent comments, which are eerily reminiscent of statements that we would typically expect to hear from white supremacists. We call on Mr. Deutsch to apologize for his repugnant remarks, and if he fails to do so, we urge MSNBC to take immediate steps to terminate its professional relationship with him in light of the offensive comments that he made on air.