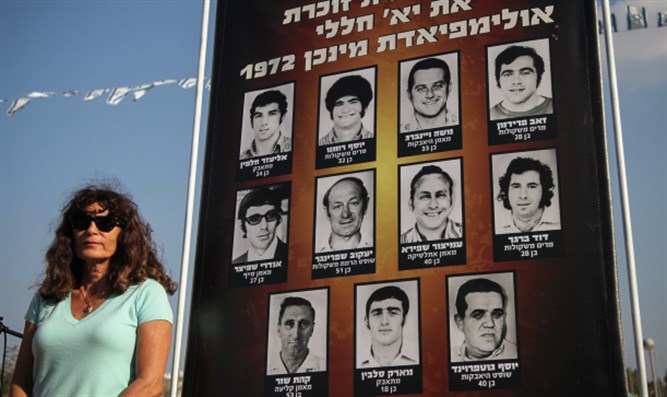 The National Council of Young Israel (NCYI) today denounced Fatah after it praised the terrorists who were involved in the 1972 Munich Olympics massacre and responsible for the murder of eleven Israelis.

In a Facebook post commemorating the 48th anniversary of the horrific attack, Fatah, which is headed by Palestinian Authority (PA) Chairman Mahmoud Abbas and is part of the Palestinian Liberation Organization, wrote “On this day, the fighters of Fatah’s ‘Black September’ movement carried out Operation Munich, which embodied the meaning of courage and boldness of the Palestinian resistance and his self-sacrifice for the homeland and the cause.”

The NCYI also called on the International Olympic Committee to ban athletes representing the PA from future Olympic games.

The PA has repeatedly failed to condemn the massacre at the 1972 Summer Olympics. In fact, Fatah, has historically praised the attack and called it a “heroic operation.” In addition, Abbas dedicated a building at Jericho’s Istiqlal University in honor of Khalil Al-Wazir Abu Jihad, a terrorist who was the chief architect behind the massacre in Munich. Furthermore, Mohammed Daoud Odeh, who was known as Abu Daoud and was the mastermind of the Munich attack, stated that Abbas was responsible for financing the Munich terrorist operation. In fact, when Abu Daoud died in 2010, Abbas sent condolences to the terrorist’s family, telling them in a letter praising the architect of the Munich attack that he would be missed. “He was one of the leading figures of Fatah and spent his life in resistance [against the occupation] and sincere work as well as physical sacrifice for his people’s just causes,” Abbas wrote about Abu Daoud.

“Nearly a half-century after the brutal terrorist attack that claimed the lives of eleven members of the Israeli delegation to the 1972 Munich Olympics, the Palestinian Authority’s propaganda machine continues to sing the murderers’ praises and defend their heartless and heinous acts,” said NCYI President Farley Weiss. “Considering the PA’s repeated failure to apologize for the 1972 massacre in Munich, its veneration of terrorism and the callous murder of Israelis and Americans, and its despicable ‘pay to slay’ program, through which it provides financial remuneration to terrorists, the International Olympic Committee should bar athletes from participating in future games under the PA’s blood-soaked flag until such time as the PA issues a formal apology for the shocking Munich attack and pays reparations to the families of the victims. Extolling terrorists is a reprehensible act that clearly demonstrates the PA’s undying support for depraved acts of terrorism and should lead to a widespread repudiation of their barefaced embrace of extremism by every international body, including the International Olympic Committee. The only acceptable way for a Palestinian Arab to participate in the Olympics should be if they compete as individual athletes, representing themselves and not the Palestinian Authority, and they publicly condemn the 1972 Munich Olympics massacre.”