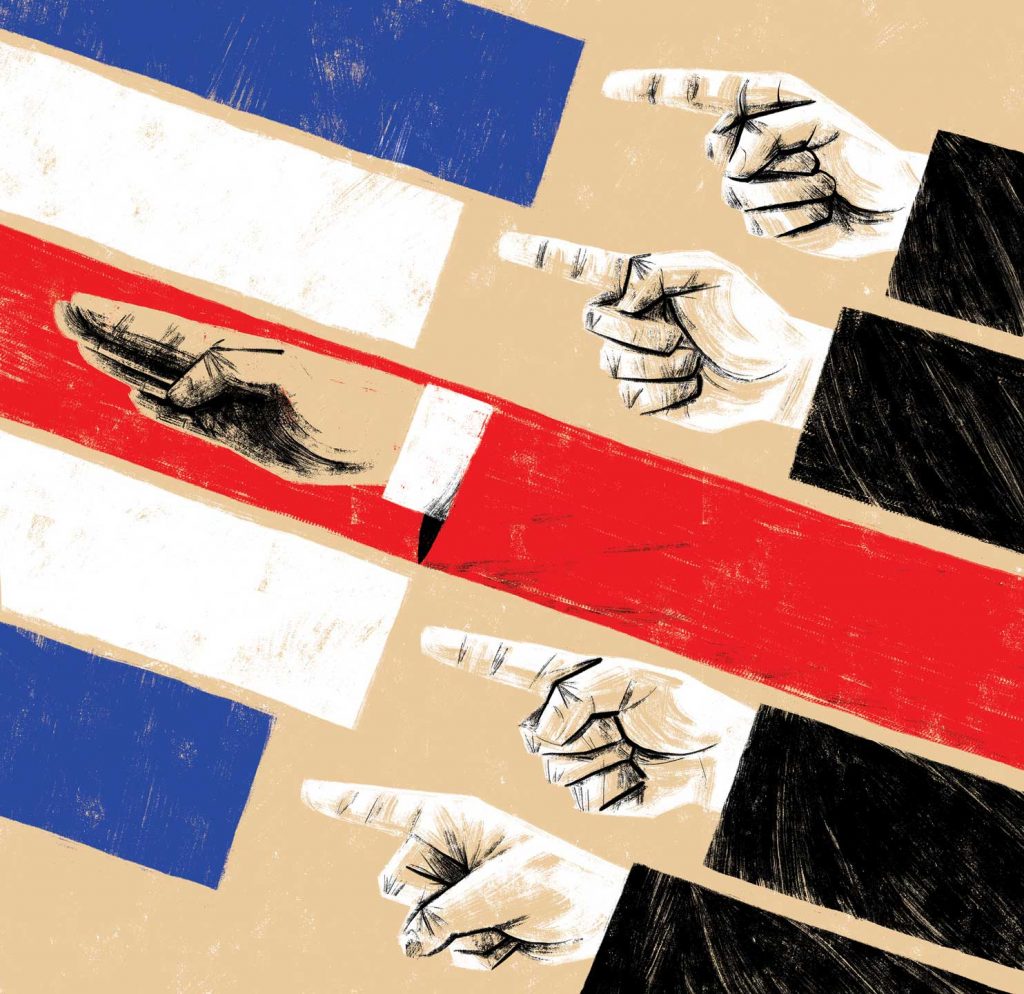 The National Council of Young Israel (NCYI) today called on Twitter to duly employ a uniform no-tolerance policy when it comes to anti-Semitic tweets and other inflammatory posts aimed at Israel and the Jewish community.

In addition, the NCYI reiterated a call it has made in the past for Facebook to take immediate steps to bar Holocaust deniers from its site. Mark Zuckerberg, the company’s CEO, has defended people’s rights to publish posts denying the Holocaust, even though he has claimed that he finds their positions “deeply offensive.” The NCYI noted that Facebook has deleted numerous odious posts after Germany enacted a law several years ago that banned online hate speech, and that while anti-Semitic posts may not be illegal in the United States, there is no question that they epitomize hate speech.

The NCYI questioned how and why Twitter failed to remove anti-Semitic posts by Iran’s Supreme Leader Ayatollah Ali Khamenei that called for the destruction of the Jewish people, as well as anti-Semitic tweets by celebrities, such as American rapper and actor Ice Cube and former NFL running back Larry Johnson, while at the same time taking steps to regulate other miscellaneous tweets by certain individuals, including President Trump, that it deems in violation of its “Hateful Conduct Policy.”

The NCYI also pointed to a recent incident in which the rapper Wiley posted a number of anti-Semitic tweets that failed to generate a swift response by Twitter and which were allowed to remain online for at least twelve hours before the company took any action. The episode led to a call from British Home Secretary Priti Patel for Twitter and other social media companies to “act much faster to remove such appalling hatred from their platforms.”

The NCYI’s call comes on the heels of a statement it made last month in which it urged Twitter to enforce its policies relating to hate speech and to take a tougher stance to keep anti-Semitic rhetoric off of its platforms following a flurry of racist anti-Semitic posts by prominent athletes and celebrities.

In response to a formal written request by Israel’s Minister for Strategic Affairs Orit Farkash-Hacohen to remove Khamenei’s anti-Semitic tweets in accordance with Twitter’s own rules, the company replied that the Ayatollah’s tweets did not violate their rules. “Presently, our policies with regards to world leaders state that direct interactions with fellow public figures, comments on current affairs, or strident statements of foreign policy on economic or military issues are generally not in violation of the Twitter Rules,” Sinéad McSweeney, Twitter’s Vice President of EMEA (Europe, Middle East and Africa) Public Policy, wrote in response. “Our assessment is that tweets you have cited are not in violation of our policies at this time, and they fall into the category of foreign policy saber-rattling on economic or military issues of our approach to world leaders.”

“Advocating the obliteration of the Jewish people and the state of Israel is inflammatory and incites a degree of anti-Semitism and anti-Israel animosity that has no place on Twitter’s platform,” said NCYI President Farley Weiss. “By allowing open calls for Israel’s destruction and permitting Holocaust deniers to perpetuate their misguided and hate-filled myths about the murder of six-million Jews, Twitter and Facebook are turning a blind eye to the dangers of anti-Semitism and disregarding their own guidelines relating to hateful conduct on their respective platforms. Ignoring anti-Semitism while cracking down on other types of questionable posts is arbitrary and capricious and signifies a double standard that cannot be allowed to continue.”

“We call upon social media platforms, such and Twitter and Facebook, to use the international working definition of anti-Semitism, which was adopted by the International Holocaust Remembrance Alliance in 2016 and is utilized by the U.S. State Department, and which includes various anti-Israel activities,” Weiss continued. “Their current interpretation of ‘hate speech’ leaves a lot to be desired, and the haphazard application of their own guidelines when it comes to hateful conduct is disingenuous. Claiming that you are committed to combatting hatred and prejudice on your platform is hypocritical when you in fact provide a public forum for anti-Semites to spew their hatred and Holocaust deniers and Israel-haters to post with impunity. You cannot purport to be condemning hate speech when you in fact condone it by willfully allowing it to fester on your site.”

According to Twitter’s “Hateful Conduct Policy,” users “may not promote violence against or directly attack or threaten other people on the basis of race, ethnicity, national origin, caste, sexual orientation, gender, gender identity, religious affiliation, age, disability, or serious disease.” The policy states that the company is “committed to combating abuse motivated by hatred, prejudice or intolerance, particularly abuse that seeks to silence the voices of those who have been historically marginalized,” and that Twitter prohibits “targeting individuals with content intended to incite fear or spread fearful stereotypes about a protected category.”

Twitter also prohibits “targeting individuals with repeated slurs, tropes or other content that intends to dehumanize, degrade or reinforce negative or harmful stereotypes about a protected category,” as “the dehumanization of a group of people based on their religion, age, disability, or serious disease.”

If a user violates Twitter’s rules, the company requires “the violator to remove it before they can Tweet again.” Other enforcement actions include hiding a Tweet while awaiting its removal and permanent suspension.