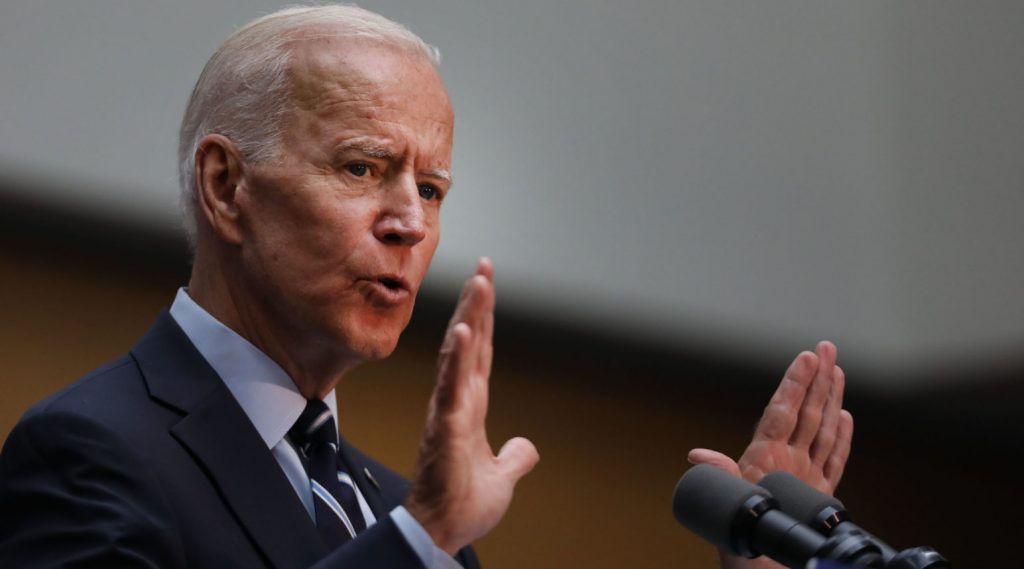 The National Council of Young Israel (NCYI) today praised former Vice President and Democratic presidential candidate Joe Biden after he sharply criticized a number of the other presidential candidates for expressing their willingness to use U.S. military aid to Israel as leverage to pressure the Israeli government to do things differently.

“But the idea that we would draw military assistance from Israel, on the condition that they change a specific policy, I find to be absolutely outrageous…I would not condition it, and I think it’s a gigantic mistake,” Biden said.

The NCYI also expressed concern that several of the Democratic presidential candidates seem prepared to condition U.S. aid to Israel and urged them to reconsider their positions.

The candidates’ threat to slash aid to Israel comes despite the fact that President Obama and Prime Minister Netanyahu entered into a Memorandum of Understanding in 2016, in which the U.S. pledged to provide Israel with $3.8 billion in security assistance annually for a term of ten years. In addition to Vice President Biden, a number of Democratic Senators have also spoken out in defense of U.S. aid to Israel.

“We commend Vice President Biden for his staunch opposition to the preposterous notion that U.S. aid to Israel should be used as a petty means through which to exert political pressure on the Israeli government,” said NCYI President Farley Weiss. “Vice President Biden’s readiness to defend military aid to Israel stands in stark contrast to some of the other candidates who appear to lack a basic understanding of how critical these funds are to the United States’ sole democratic ally in the Middle East.”

“The agreement reached by President Obama and Prime Minister Netanyahu in 2016 was intended to ensure that Israel is provided with the necessary funds to protect its people from escalating threats and enemies who spend every waking hour pondering how they could destroy Israel,” Weiss added. “As rockets from Gaza continue to rain down on Israeli cities and terrorists are incentivized to carry out deadly attacks against Israel through the Palestinian Authority’s despicable ‘pay to slay program,’ which disburses millions of dollars each year to Palestinian Arab terrorists who murder Americans and Israelis, it is incomprehensible that several of the Democratic presidential candidates would impudently undermine the safety and security of Israelis by pulling the rug out from under them. Using U.S. military aid to Israel as leverage is indefensible in light of Israel’s dire need to defend itself on a daily basis. It is crucial that the U.S. stand by its commitments to its allies, who in this case provides the U.S. with valuable intelligence and serves as a military and technological asset to the U.S. We call on every presidential candidate to publicly affirm his or her support for the 2016 Memorandum of Understanding and pledge to ensure that U.S. aid to Israel remains intact.”